In 2015, Biocat once again coordinated the Catalan delegation to BIO Convention 2015, the top biotechnology convention in the world, which was held in Philadelphia (United States) from 15 to 18 June. A total of 37 Catalan organizations, 29 companies and 8 institutions, participated in the Catalan delegation, which had its own space in the Spanish pavilion. Seven companies and organizations from the BioRegion had their own booth in the pavilion: Bcn Peptides, Bioibérica, Laboratorios Salvat, Barcelona Science Park, Som Biotech, Specific Pig and Trifermed.

Eight institutions also participated: ACCIÓ, the Government of Catalonia business competitiveness agency; Barcelona Clinical Trials Platform (BCTP), an initiative of the Catalan Ministry of Health and Biocat to position Catalonia among the top five regions in Europe for conducting clinical trials; the Biomedical Engineering Research Center (CREB) at the Polytechnic University of Catalonia (UPC); Center for Genomic Regulation (CRG); Institute for Research in Biomedicine (IRB); Barcelona Science Park (PCB); Vall d’Hebron Research Institute (VHIR) and Biocat, which coordinated the Catalan delegation to BIO for the ninth year in a row.

A total of 29,279 partnering meetings were held at the fair, more than at any of the previous eleven editions. The event welcomed a total of 15,858 delegates from 69 countries. 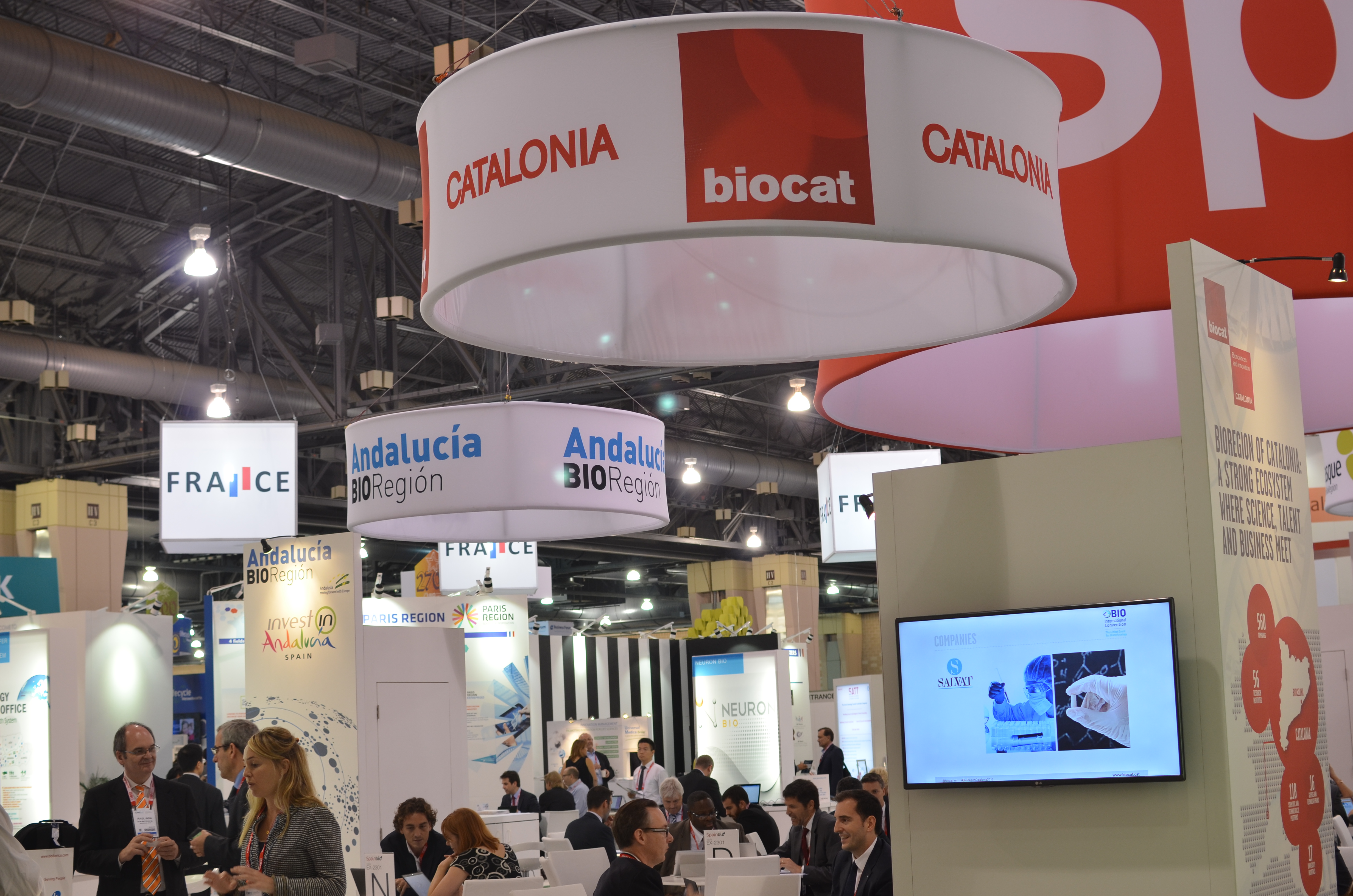 Once again this year, the BIO fair was a privileged international showcase for Catalan companies, some of which were seeking licensing agreements for their latest developments.

This was the case of Oryzon Genomics, a company that explored possible research collaborations and licensing options for their development Ory 2001 to treat neurodegenerative diseases. And Bcn Peptides presented PARENTIDE, one of the products it is developing to treat neuropathic pain.

Mitelos Bioscience, which just months before had closed a deal with a company in San Francisco to provide business development services in the United States, presented two new dietary supplements in Philadelphia: SNF671, to prevent osteoporosis, and WASHDENT, for oral hygiene. Another Catalan firm that boosted its presence in the United States through the fair was consultancy Trifermed, which announced its new offices in Boston.

BIO Philadelphia was also a good market for Catalan companies looking to expand their portfolio of products. This was the case of Gebro Pharma, which was looking for products in advanced stages of development to expand their pipeline in the areas of pain management, rheumatology, urology, respiratory medicine and others; as well as GP Pharm and Spherium Biomed, which were looking for business opportunities in buying and selling licenses.