2015 saw the kick off of EIT Health, the largest European initiative in innovation and entrepreneurship for healthy living and active ageing, which gained approval from the European Institute of Innovation and Technology (EIT) in December 2014.

Biocat is an associate member of EIT Health and had been working to promote this initiative since 2008, coordinating and dynamizing the organizations participating in the Catalan/Spanish node to make sure the bid reflected the interests of the Catalan/Spanish ecosystem and had everything needed to win the tender.

EIT Health is a consortium of 140 companies, universities and research centers, all leaders in their fourteen European countries of origin. The local EIT Health node, EIT Health Spain, of which Biocat is an associate partner, is made up of 17 organizations –universities, companies, research centers, hospitals and technology centers- that are leaders in their sector and committed to innovation in health and its impact on improving quality of life in society in general.

In addition to Spain, EIT Health also has nodes in Germany, France, the United Kingdom/Ireland, Belgium/Netherlands and Scandinavia. There are also six regions associated with the consortium, called InnoStars: Croatia, Hungary, Poland, Portugal, Slovenia and Wales.

With a total budget of €140 millions, it is one of the most ambitious publicly funded initiatives in the health arena. Through its acceleration, innovation and education programs, it is expected to create approximately 70 start-ups and get one million students involved in its programs.

The goals set for 2016 include for the consortium to launch 18 new products or services to market, train more than 700 healthcare professionals and executives in the healthcare arena, encourage roughly 70 new business ideas and foster the creation of 140 start-ups through 2018. 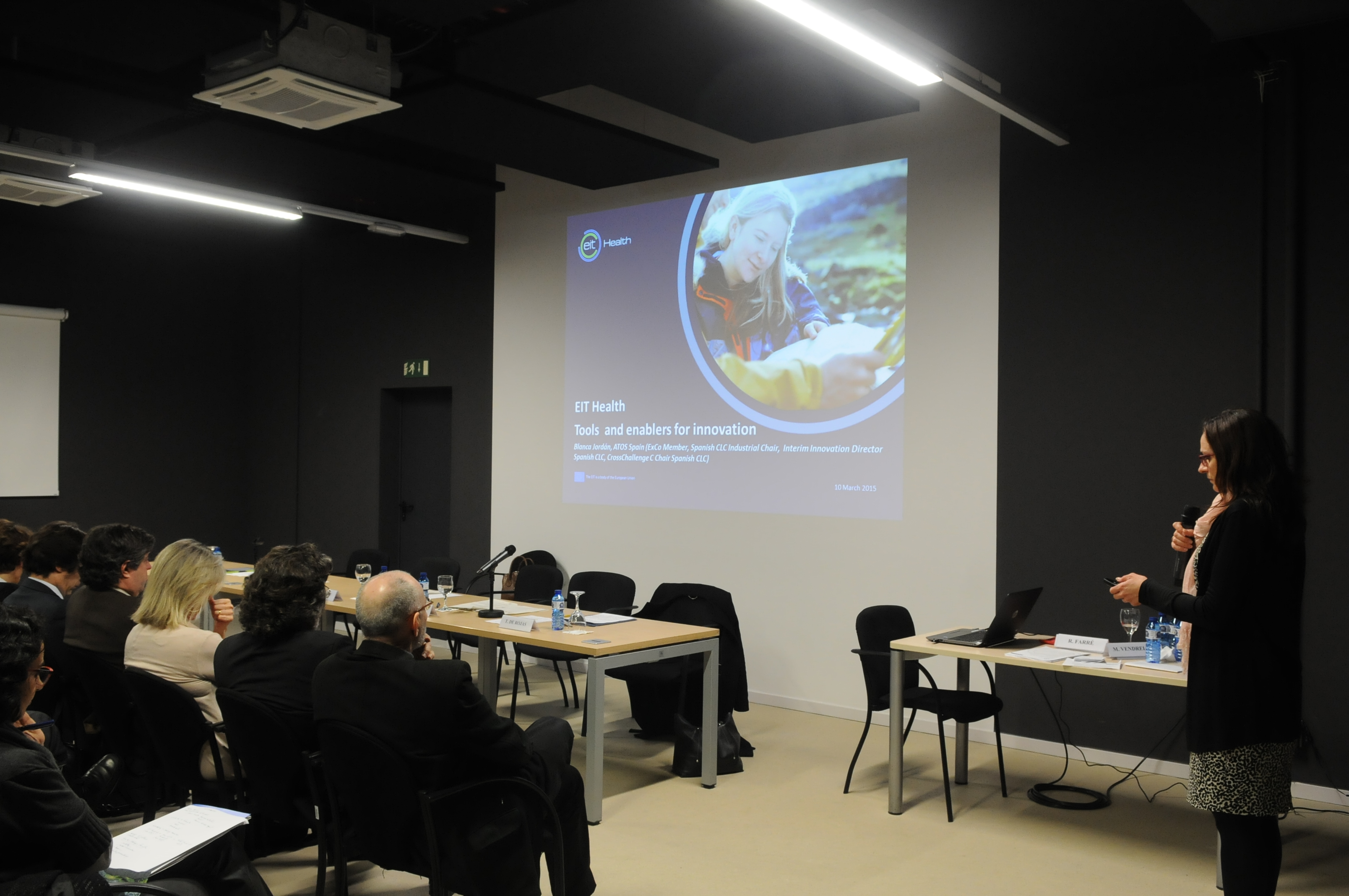 The European Institute of Innovation and Technology (EIT), an independent body under the European Union that fosters innovation and entrepreneurialism in Europe and brings together higher education institutions, research laboratories and leading companies, set up the first three Knowledge and Innovation Communities (KIC) in 2009. The first three KICs were devoted to climate change, information technology and renewable energy (Climate-KIC, EIT Digital and KIC InnoEnergy).

The EU decided to expand the EIT’s activity from 2014 to 2020, through the Horizon 2020 Framework Program for Research and Innovation. So, EIT Health was created in 2015, after the EIT opened a participative process to select two new KICs in innovation in health and active ageing, and raw materials.

For 2016, EIT expects to open another process on food of the future (“food4future”), which Biocat has also been working on a bid for, and another in 2018 focusing on urban mobility.